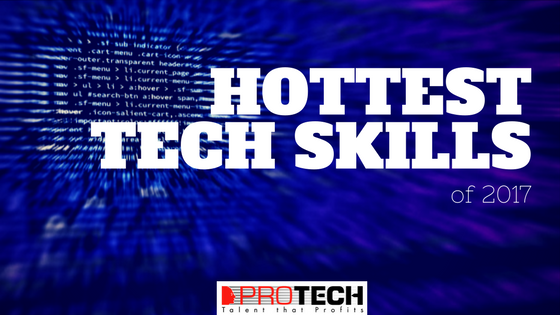 New research by HiringSolved uncovered the top most in-demand technology skills for 2017. HiringSolved used data from more than 10,000 public profiles for tech workers hired or promoted into new positions in 2016 and the first two months of 2017 in Silicon Valley to paint a portrait of the most wanted tech employee.

In addition, HiringSolved compiled the hottest schools Silicon Valley companies recruit from – if you’re considering advancing your education with that long-desired Masters, one of these might be your best choices.

Looking for a new role? Search our current openings here.