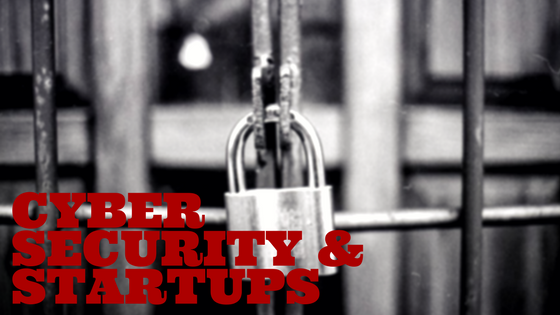 Equifax. Target. Home Depot. Sony. What do they all have in common other than falling victim to major security breaches? They aren’t startups. Although big name brands come under heavy public fire when their data is breached, startups across industries are also in the cross-hairs of cyber hackers. In years past, startups didn’t need to have much concern because difficulty of attack, anonymity and small size didn’t make them an enticing target. Now, with advances in technology and skill of hackers, startups are incredibly vulnerable to attacks, especially in the first 18 months. The results can be devastating. Here’s a few reasons why startups should take put cyber security on the top of their to-do list.

Think your startup money is perfectly safe in a bank if your security is lax? Think again. What most people don’t realize is that if your commercial bank account gets hacked you might not get all – or any – of the money back. As long as the bank followed federal guidelines for security they aren’t liable if your security breach allowed hackers to drain your account.

Earlier this year, Slack, an anti-email startup, discovered that it was hacked and all of its user data was stolen including email addresses, phone numbers and other personal data. The entire image of Slack was to ditch email and use Slack for your private conversations instead.

Another startup, Clinkle, was hacked and user data was leaked including a photo of the CEO holding stacks and stacks of cash. Not savvy considering the long list of incidents, including a large layoff, right before the photo was leaked. Along with Slack, this hack also happened before the company even launched.

Examples like these are just a few of many reasons startups should be cautious of their cyber security as it can severely damage public trust and image.

Many hackers don’t care as much about your company data as they do about the companies you work or even partner with. Startups with big clients such as Fortune 500’s are often used as an “entry point” for hackers to sneak in a backdoor.  If you’re a startup working with well-established companies, be very wary because a loss in client data can be devastating to your startup.

With startups popping up every day, hackers are taking advantage of this boom to line their own pockets. With so much on the line, it’s critical for startups to make sure their security is protecting both their own sensitive data as well as user and client data.