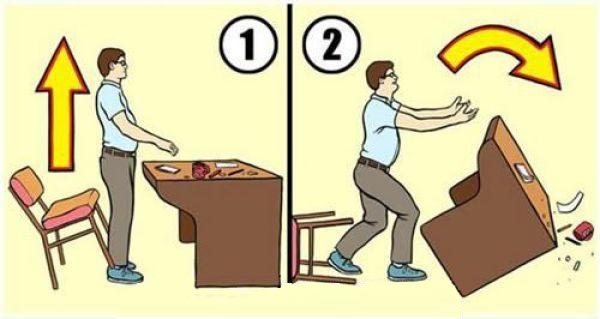 Thinking of leaving your job? There’s a right and a wrong to do things. Here’s tips on how to quit your job the right way.

Save that PTO for interviews

You hate your job and want to make sure you get the most out of your PTO time, right? After all, you can’t be certain you’ll get vacation time at your next job, so better use it up now.

Not so fast, having some PTO time is critical for interviewing. Make sure to have some stocked up so you’re able to interview.

Be wary of counteroffers

Ah, the joy of the counteroffer. Although there is some mixed feelings over counteroffers, it’s important to note that most people usually leave a company anyways within 6 months of accepting a counteroffer. Whether due to leaving on their own or being later let go, counteroffers is a risky business. After all, if you were just looking for a raise, wouldn’t you have asked your boss rather than go through the interview process for other roles? Although getting a counteroffer may be tempting, think about all the reasons you had for considering a move when you submitted those applications.

It happens all the time: you get a spectacular offer but they need you to start right away, forcing you to leave your current job without any notice. I get it, your current job sucks and you certainly don’t want to stick around for 2 weeks’ once you’ve given notice, and it’s uncomfortable to say the least.

What happens if you jump ship? It can actually backfire big time for you. One candidate told me they accepted a great offer that required them to start ASAP and they jumped at it, only to show up on their first day to find out the starting salary was less than half of what they had been offered. Ouch. Because they had left their last job without notice, they certainly couldn’t go back, and were stuck in a bad job.

What to do instead? Once you take the offer, let your employer know that you’re willing to stay on for 2 weeks to help train the next person, but that your future company is willing to allow you to start right away. Put the ball in their court, some companies don’t want to bother with paying you for two weeks to train in a replacement and this give them a nice out. Other companies have policies (depending on your job type) that do not allow you to continue on after giving notice.

Get the new offer in writing

If a company you’re interviewing for doesn’t want to give you a written offer outlining salary and benefits, it’s a big red flag. Although you may not think it will happen to you, shady employers are always trying to get as much as they can for the lowest cost.

Employer: Great, so your starting salary will be $50K and you’ll get our standard benefits. We’ll see you in two weeks!

Tom: Sounds good, when I can expect the written offer letter explaining all the benefits.

Employer: Oh, we’re a small company and we don’t really write up offer letters. I’m sure you understand.

Tom: Actually, I don’t. I’d feel more comfortable knowing what my benefits are going to look like.

Employer: How about on your first day I’ll explain everything in detail and go over our employee manual. That should work for you.

Tom: Well, at that point I’ll already have given my notice at my current job and I just don’t feel comfortable doing that without the offer letter.

Employers sometimes offer really poor benefits (like no vacation time until after your first year!) and like to hide that fact by making you come in on day one in the dark. Always assume that if an employer doesn’t want to put something in writing that there might be something lurking in their benefits package they don’t want you to know about until it’s too late.

What are your thoughts on how to leave a job the right way?
Feature image via Jobspotting.

How to quit your job the right way
Tagged on: counter offer    job hunt    quitting your job