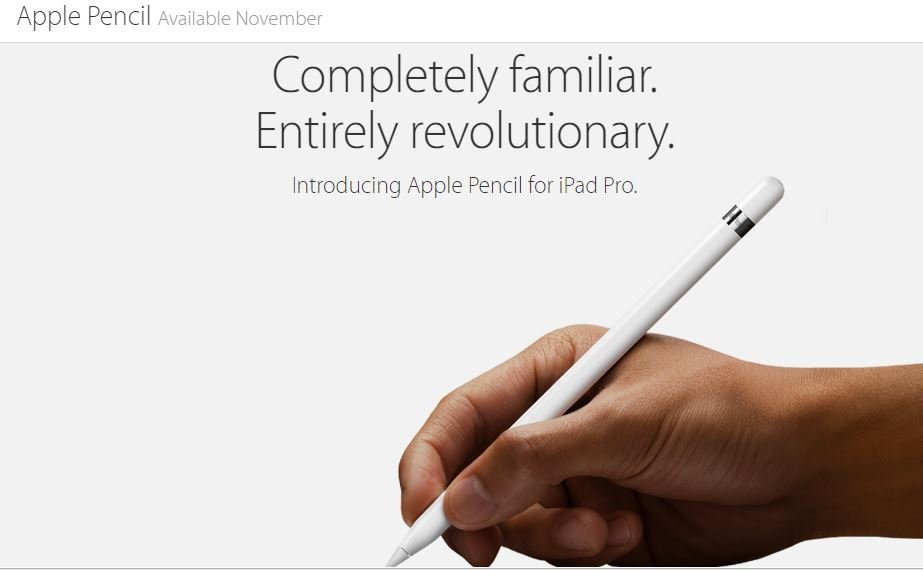 You have the Apple Watch, now Apple is trying to reinvent another life staple: the Pencil. With a pending release date of November 2015, there’s significant buzz in the tech community – some positive, others uncertain and some enjoying a laugh (like the crowd at the announcement). What’s so funny about the reveal to make an entire crowd break into hysterics? In 2007, at the initial release of the iPhone, former Apple CEO said “Who wants a stylus? You have to get em’, put em’ away. You lose them. Yuck.”

Some decided to pick a bit of fun at the Apple Pencil announcement, like Denny’s:

All jokes aside, the Pencil isn’t a stylus. The Pencil is designed for those in creative fields – artists, graphic designers, illustrators. It’s not made for those scrolling simply through their Outlook. It gives users better precision and control, allowing them to create.

For more details, visit Apple’s page dedicated to the Pencil.

Want more: here’s a video of Pencil in action:


What are your thoughts on the Apple Pencil? Creative genius or complete flop?