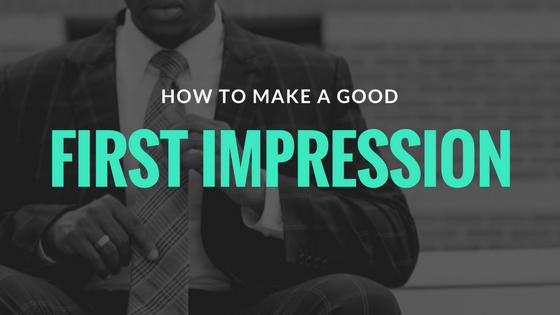 Most career experts hate the outdated questions like “what’s your greatest weakness” or “tell me why I should hire you?” These questions are no longer questions seasoned hiring managers should be asking, according to the pros, yet they persist in interview culture. Why are hiring managers asking questions like these and how should you really answer? To get to the bottom of this, we’re going to need science. Specifically, research conducted at the Harvard School of Business.

It makes sense, considering “impress” is within the term first impression. We assume that we must impress and gain the other person’s admiration, even if it’s within a short amount of time. This is a tough challenge, especially when the other person is often trying to do the exact same thing. Have you ever met someone for the first time and took an instant dislike to them? Chances were, they didn’t impress you, or even gain your admiration; instead, they may have over spoken about themselves and possibly even bored you with the details of their success. If anything, humans are more interested in learning about failures or times when the other person wasn’t successful. Most of the time people read tabloid stories about celebrities failing or losing success, not how much money an actor made in their last movie. People love the story of Thomas Edison for the many times he failed, not for the one time he was successful. Yet, in social interactions, our default tool to build a first impression is to gain admiration, and are surprised when our stories of success and achievement don’t instantly land us jobs and new relationships.

There’s a term for this, the humblebrag, but it is hard to recognize it in our own selves thanks to social media. We can instantly spot it in others, which can leave us with a bad taste in our mouths. Yet, the reason we do it ourselves is to avoid looking like a boaster. The humblebrag allows us to talk about our achievements and still feel quite modest – even if others around us roll their eyes. We post pictures of trips and achievements with captions like “I guess my company thought I did a good job this year because they sent me on a retreat to Hawaii” or “All A’s this semester at grad school – I can’t believe I was so scared I wouldn’t be able to make it in this grad program.” It’s why some hiring managers still insist on asking the dreaded “what’s your biggest weakness” question. Although they might not even realize it themselves, this question is a litmus test for humblebragging.

In an experiment conducted at Harvard, researchers asked 122 college students to answer the question “what’s your biggest weakness” as if they were in a job interview. This question is often seen as a trick question: should I give a true weakness (i.e. I’m not always the best with time management) and not get the job or should I give a “humblebrag” weakness (I’m too much of a perfectionist I can sometimes take longer to get things done) and get the job? The researchers also asked the college students to give their reason for why they answered the question the way they did and the results were quite surprising.

In order to prevent bias, the researchers hired reviewers who did not know anything about the study to review the answers and decide if the responses were true weaknesses or actually humblebrags in disguise. Then, they hired a separate set of reviewers, also unaware of the hypothesis, to rate how likely they were to hire the person based solely on the question. The end results? 75% of participants used some form of humblebragging, with the most common being “a perfectionist, working too hard, being too nice, and being too honest.” However, the reviewers deciding on whether or not they’d hire based on responses were much less likely to hire a humblebragger, compared to an honest answer. So, if you thought that by answering the “what’s your biggest weakness” answer with an honest answer might hurt your chances at getting a job, well, you’d be wrong. In fact, science shows that honesty is in fact the best policy.

Take note for your next interview or interaction: true honesty is the best way to make a good first impression. And, since the majority of people are using some form of humblebragging in their interview responses, you’ll set yourself apart as a better candidate simply by being plain honest and yes, human…