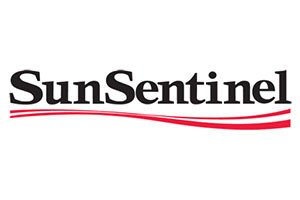 Via Marcia Heroux Pounds for the Sun Sentinel

Employers beware: 91 percent of tech workers in South Florida say they would leave their employer for a better opportunity, in an annual survey of more than 1,300 tech professionals by ProTech Staffing in Fort Lauderdale. That’s up from 90 percent last year.

While that’s only a slight increase, 57 percent of workers surveyed said they would “seriously consider moving out of state” for a job opportunity. That’s up from 43 percent last year.

Those percentages are reversed from a year ago, when 43 percent of tech workers said they’d leave Florida for a better job compared with 57 percent who said they would not.

Those survey results may be the most alarming because many South Florida tech employers are expanding in the improved economy.

“A lot of people want to move here because of our lovely weather. But if something happens to their current role, they want to know ‘what else is there going to be in terms of options?’ said Deborah Vazquez, CEO of ProTech Staffing. She said South Florida’s tech market consists of mainly small- to medium-sized employers compared with bigger markets such as the New York area, California and Austin, Texas.

Employers polled in the survey indicated there is a greater demand for tech workers. They’ve increased their hiring budgets by 15 percent — the highest ever recorded by the 15-year survey.

Annual salary hikes remained at 4 percent in 2016 from the previous year, a healthy increase by any measure, Vazquez said. Still, pay increases were actually higher in 2014 at 5 percent and in 2013, 6 percent, according to the survey.

Vazquez said the outsourcing of jobs in network infrastructure or operating systems are the likely cause of only 21 percent of employees saying the job market is better than a year ago. In 2016, 40 percent thought the market was better.

Software developers are in the strongest demand, especially those with skills in cyber security.

“If I were to go to college today and pick a career, cyber-security would be at the top of my list,” Vazquez said.

Tech workers say they are most motivated by salary to take a new job, followed by involvement in decision making, and work-life balance.

Half of the 138 tech employers surveyed said they believe the economy is getting better, up from 48 percent a year ago, according to the annual ProTech Staffing surveys of both employers and workers.

The other half of employers said they thought the economy was “about the same.”

In the survey, 64 percent said they plan to increase their staffs this year, down from 68 percent last year. Budget increases for hiring were up 15 percent, the highest ever reported in the survey, ProTech Staffing said.

More employers, 54 percent compared with 46 percent last year, said they were concerned about losing their talent in this year’s survey.

But while work-life balance is a priority for many workers, according to the survey, “it doesn’t come up at all for employers,” Vazquez noted.

RELATED  Overcoming the Challenges of Being a Woman in Tech

“We’re seeing a changing workforce. Employers don’t even bring up that factor. It’s the only disconnect,” Vazquez said.

The full results can be found Wednesday at ProTech Survey.

The full story can be found in the Sun Sentinel.