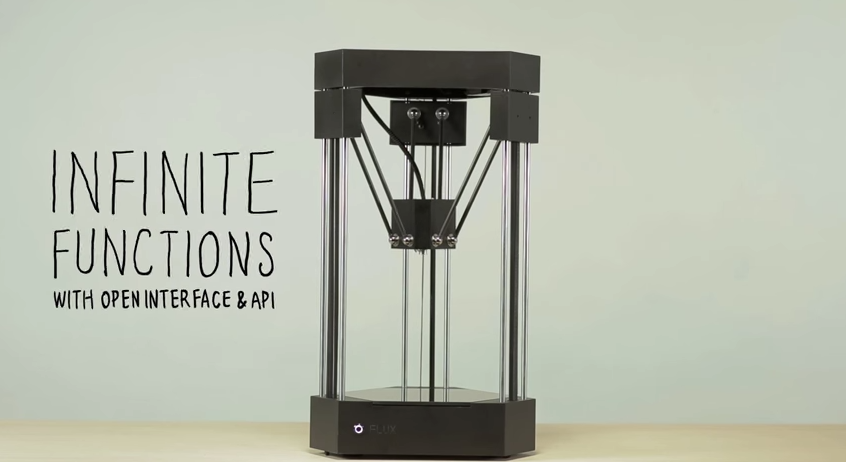 We’ve all heard of 3D printers and as great as it would be to own one, the price tag of over $1500 is a pretty solid deterrent. The FLUX team, a group of young, talented entrepreneurs from Taiwan, decided to take a new route when designing their version of the 3D printer by starting from scratch. In a world where ideas and products are mimicked, copied and sometimes even outright stolen, FLUX took the slow route, working through 4 different prototypes and over 30 working units, until they had their idea expertly crafted into something completely unique. It’s unlike any other 3D printer on the market and that’s what makes FLUX so intriguing. FLUX isn’t just a 3D printer, it’s also a 3D scanner, laser engraver and even future chocolate duplicator.  With a modular design, FLUX easily switches between roles, making its starting price point of $599 a bargain considering its many functions and the fact it is still priced at less than a third of competitors on the market. For the price of an average laptop, anyone can now own a 3D printer, 3D scanner and laser engraver all-in-one and use it in countless ways. Right now it’s only available through their already successfully funded Kickstarter Project. FLUX offers a built in 3D scanner that allows you to use the unit to reproduce the item through the 3D printing capabilities. One of the challenging parts of 3D printing was the complicated software and time it took to create the code to print an item. With FLUX, it’s as simple as scanning and printing.

RELATED  This Google Employee Lives In a Box Truck

Watch the Flux in Action on the Next Page.