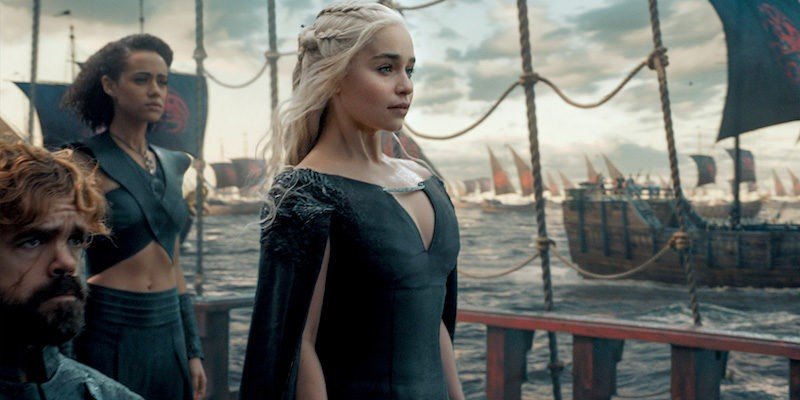 Congrats, you got the offer! A contract to hire role as Dragon Master for Targaryens, LLC. Almost seems too good to be true, but you didn’t get a Masters in Dragon Science just to work with the bearded variety your whole life. Although you’re ready to jump in feet first, your last job didn’t end so well so you want to make sure this is the real deal. If you’re like most job seekers, you’re looking at various aspects of any job offer to make sure it’s the right fit, and according the PROTECH annual survey, there are ten vital qualities to consider before taking a new job: Salary, Leadership Quality, Benefits, Work Environment, Career Growth, Work Life Balance, Decision Making Involvement, Training, Stability, and Work Stimulation.

Let’s take a closer look at the Boss: Daenerys of House Targaryan, First of her Name, Mother of Dragons, and all that jazz. Daenerys is the sole daughter, and only remaining child of King Aerys II Targaryen, aka the Mad King. She had one brother, Viserys, whose leadership style was so obnoxious he was killed for it. You take a quick look at Glassdoor and see she has a 50% CEO approval rating. That’s a bit troubling, considering her sketchy family history. However, the people that love her really, really love her and those reviews are glowing.

Let’s take a look at the important factors to consider while you mull over that offer letter the raven just dropped off. Nothing is guaranteed in the seven kingdoms. In the past 6 seasons we’ve seen rulers come and go faster than you could even learn their names. The one who has stayed in power and in an upward trajectory has been Daenerys. She’s like a major corporation at this point, having taken over several major cities and merging alliances along the way. You’re pretty sure she’s just too big to fail. Right? Right? Yeah, and so was Enron.

Dany is also very loyal when it comes to her inner circle, unless you betray her trust. Then she has no issues firing you – like Jorah.

All in all, Targaryen, LLC seems like a pretty good bet at this point in time if stability in a job is important to you. Dany always asks for the opinions of those closest to her, including her assistants, handmaidens and soldiers. Much of the time, when her followers are asked for advice, it comes as a surprise since they’ve never been asked for their opinions. Being involved in the process has created strong loyalty among her followers. However, although Dany is great at asking for advice, sometimes she does exactly what she wants.

So, although Dany will ask your advice when it comes to the proper care of her dragons, you might want to keep in mind that she’ll always have the final say. There seems to be always something happening at Targaryen, LLC. Although quite a bit of the work is super exciting, there are also months on end where you’re crossing the see on a boat with nothing to do but stare of into the distance with a menacing, yet determined look on your face.

There’s also that dragons need to eat – so I’m pretty sure you’ll stay pretty busy making sure they’re not eating up the neighborhood children. Although Targaryen, LLC doesn’t offer the typical benefits like PTO or healthcare, she does make sure her team is always well-fed and most of all, freed. Nothing like the sweet, sweet benefit of freedom if you ask some of the former slaves on her team.

And, since you’re working for a startup, you’ll get a piece of any success or die trying. Although Daenerys is great at inspiring the masses, she sometimes lacks the tact needed in some situations. She also is displaying some ‘mad king’ tendencies according to her hand, Tyrion Lannister, that are making some of her followers cautious and her enemies downright fearful.

She can also hold a killer grudge, as demonstrated by her burning all the Khals alive. Her father was famous for wanting to ‘burn them all’ and she actually did. Coincidence? Dany is always helping talented employees move up the rank. *Greyworm was a nameless Unsullied when he was promoted to one of her top military advisers. Tyrion was a wanted convicted murderer when he was brought on her team and he’s now hand of the king. If there’s one thing that Daenerys does best, it’s helping her employees help her by putting them into roles that are best suited for their talents. Dany always seems to bring her followers to the brink of death. Remember the scene of her in the desert demanding to be allowed in Qarth? Or the time when the slave masters were fire-bombing Meereen? Or the fact that many of her soldiers were murdered by the Sons of Harpy? Daenerys puts her followers in a lot of tough situations, but always manages to get them out in the end. For now.

RELATED  The Secret to Retention: Happiness It seems like Daenerys is always on the move and fighting one battle or another. If you’re a nomad type, this is the life for you. But if you like staying in one city for more than a season, perhaps not.

Also, work never seems to end for Dany. If she isn’t conquering a city, she’s trying to rule one. There’s always work to be done and this isn’t a typical 9-5. Dany likes to hire people that are already trained, most notably sellswords and the Unsullied. Perhaps you can take some lessons on being a Dragon Master from Tyrion, who suspiciously was able to just walk right up to dragons. It’s almost as if he has some of that dragon blood in his veins. As a boss, she’s much too busy to be very hands-on in the training department, however, you’ll have plenty of time to learn during the long, long sail to wherever they’re currently headed. I hope you brought a book. Here’s a recommendation. Working for Daenerys is like working for a non-profit: you get all the feels but none of the pay.

Enjoyed this? Don’t forget to share and check out Why Your Employees are Leaving (as Illustrated by Game of Thrones).