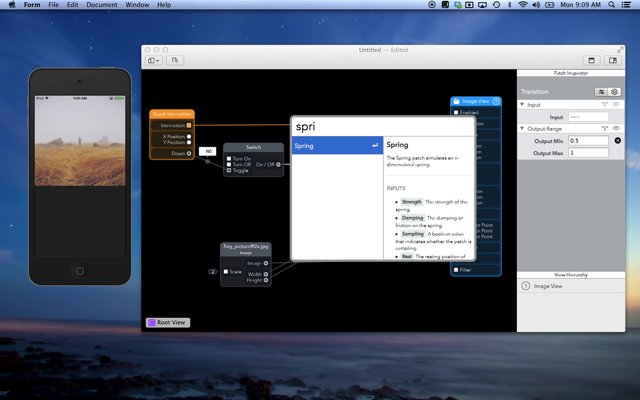 If you’re an app designer and you love free things, you’ll love this announcement. After its acquisition by Google, RelativeWave announced it is now giving away its App Design Tool, Form, for free. Plus, in an unprecedented twist, anyone that bought Form (which originally hit the market at $150 and later dropped to $80) can get a full refund.

So what exactly is Form? Form isn’t an app maker, meaning you can’t use it to develop an app ready for the marketplace. Instead, you can use it to develop a prototype for an app without having to use any code. It isn’t just a design tool, it lets you feel and understand how the app would work because Form prototypes are native and can access device’s sensors, including the camera, letting you create a pseudo-app that works on iOS or OS X (for now, rumor has it that Android will be coming soon). All of this without writing a single line of code.

1. Live Updates. Changes you make are instantly updated in your device as you work, no recompiling necessary.

2. Native prototypes. Design an app that uses device sensors including the camera accelerometer and gyroscope.

Watch the Form Video on the Next Page.