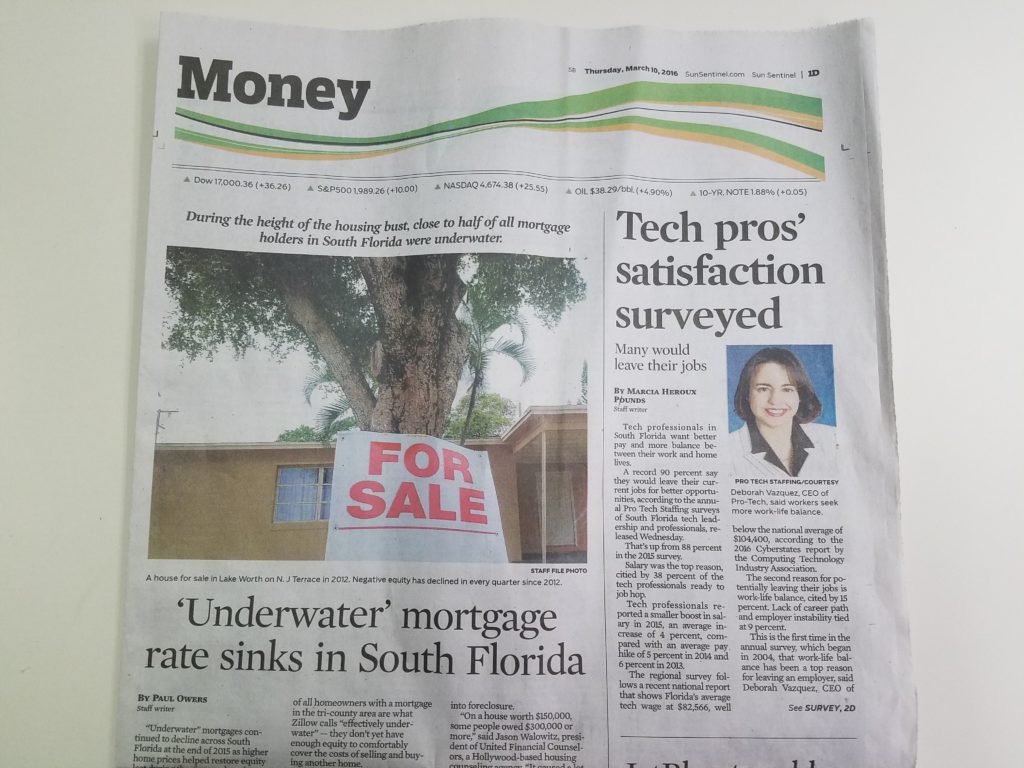 This week, PROTECH was featured on the front page of Sun Sentinel’s Money Section due to the release of the 2016 PROTECH Industry Surveys. According to the survey results reported in the article by Sun Sentinel Staff Reporter, Marcia Heroux Pounds, tech professionals in South Florida want better pay and more balance between their work and home lives.

A record 90 percent say they would leave their current jobs for better opportunities, according to the annual Pro Tech Staffing surveys of South Florida tech leadership and professionals, released Wednesday.

Salary was the top reason, cited by 38 percent of the tech professionals ready to job hop.