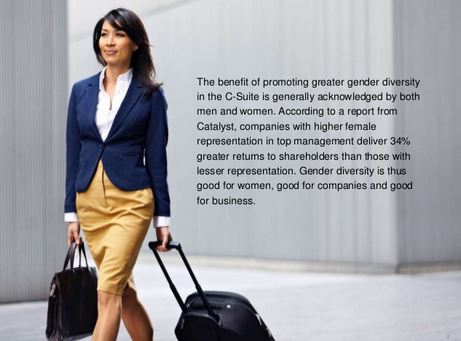 According to a research study conducted by Weber Shandwick and KRC Research, there are some key differences between company heads based on gender. One of these differences is that companies with women in top leadership positions (including board of directors) reported 34% greater return to shareholders than those with lesser representation, indicating that gender diversity in the workplace is beneficial for all, not just women in those roles. However, even though companies with women leadership reported greater returns and better corporate perception, Weber Shandwick realized there wasn’t any real data on the why or how.  By conducting a research study on more than 1,50 executives (both men and women) in 19 markets across the world, they were able to pinpoint some key differentiation between CEO’s of different genders.

-There are less female CEO’s than perceived (executives estimate 23% of large companies have a CEO; reality shows it’s only 4-5%)

Read the full takeaway from the study below: