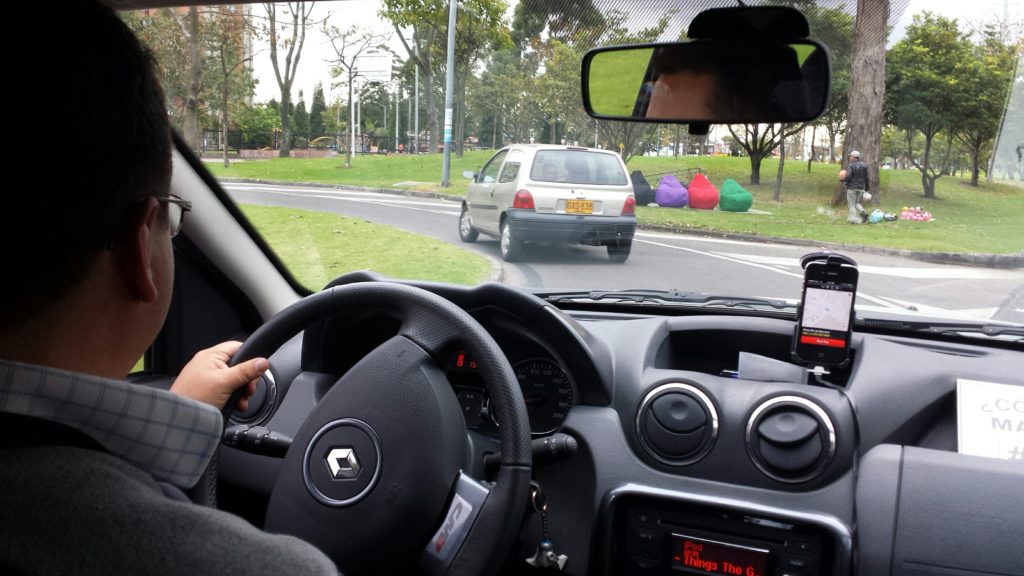 In their early days, Uber and Lyft were little startups fighting against ‘big taxi’ and government officials who were supposedly being bought with that big taxi money. With a common hate for the traditional dirty, thieving taxi industry, the common man, woman and child believed regulations against Uber and Lyft as blows against themselves and their choices. What’s next, we collectively asked, is the government going to want to charge me a fee for taking my sister to the airport? Do I need to get a background check to pick up my friend from the bar?

What happened in Austin was not the result of crooked councilmen or big taxi swaying voters. It was essentially a hostage situation with Uber and Lyft demanding special treatment or else they’d simply leave. They spent $9 million dollars trying to get Austin residents to vote for the Uber and Lyft sponsored Proposition 1. It was an all-or-nothing proposition and if they lost, well, at least we know Uber and Lyft follow through on threats.

“Having lost a referendum over whether they would be regulated by the local government, the ride-sharing companies Uber and Lyft followed through on their threat to effectively fire 10,000 drivers and strand thousands of customers who had come to rely on them for transportation in this hot, spread-out, car-centric city,” Richard Parker of the New York Times said. “To be clear: The city never told Uber and Lyft to leave. But it did insist that they play by our rules and have drivers be fingerprinted, just like cabbies — particularly after the police investigated at least seven alleged sexual assaults by ride-share drivers in 2015. Instead, the companies responded by helping to put Proposition 1 on the ballot: They would be absolutely exempt from fingerprinting by the city. Period.”

Using big money to try to sway politics? Isn’t that something we were fighting against when it was big taxi money? It turns out Austinites don’t take too well to threats and although they never told Uber and Lyft to hit the road, they certainly didn’t bend over backwards to keep them in the city because that would have required going around the will and vote of city residents.

Delia Garza – Austin City Council District 2 said this about the issue on Facebook.

“I had every intention of letting this Uber/Lyft issue go because I believe the voters have decided and it should be done. But after 3 days of calls and social media comments with completely absurd assertions, I feel I must respond. Let me begin with the simple fact that Uber and Lyft have CHOSEN to leave Austin. They VOLUNTARILY turned off their app on Monday and abandoned thousands of their drivers and customers. They once again have turned this into – Your council banned us. They then directed all their customers to contact City Council because according to them, “Due to City Council action, Lyft cannot operate in Austin.” Again more false information. Nothing prohibits them from operating in Austin and they are not required to become completely compliant with fingerprinting all their drivers until February of 2017. Again, they voluntarily abandoned their drivers and customers Monday because 9 million dollars couldn’t buy them the election results they wanted.

So let’s talk about the petition drive and the election. I will keep this part as brief as possible so folks have the facts, not the twisted assertion of these two companies. Uber and Lyft decided to initiate the petition process because they didn’t want to fingerprint their drivers even though they both operate successfully in New York City where fingerprinting is required and Uber operates in Houston where fingerprinting is required. They collected an unprecedented 65,000 signatures but again, let’s be fair and remember that they were telling folks, “Your city council is trying to ban Uber and Lyft, please sign here.” Again, not true.

They then turned in 23,000 signatures to the City Clerk. After the Clerk verified those signatures, the issue was before the council, we could either adopt their language that repealed the fingerprint requirements or let the voters decide. Their argument was – 65,000 people have spoken, just adopt the language (again they only turned in 23,000 signatures). I felt there were many more Austinites who hadn’t signed that petition that deserved a voice too. I knew they would sink millions into the campaign and I knew that they would control the (misleading) message but all of Austin deserved a voice in the matter. So council decided to put the issue to the voters, what more democratic process than that could decide the issue? At that point it was in the voters hands. I’ll also point out, that if they had gotten those 65,000 folks who supposedly signed that petition, to vote for Proposition 1, they would have won. What happened to those 65,000 voices?

That brings us to now and the voters have decided. And because Uber and Lyft didn’t get the results they sunk millions into, they have turned their backs on their drivers and customers and turned the blame game back to council. There is also a lawsuit asking for another election. This is all so ridiculous. Austin is being held hostage by two billion dollar companies essentially because they refuse to fingerprint their drivers. Again, they have voluntarily left Austin.

Let me be clear, this has always been about public safety to me. I was not swayed by anything other than public safety. I know it’s easy to insist that council was swayed by the “taxi lobby” but a convenient argument does not a factual argument make. All our public safety professionals have agreed that fingerprint based checks are best practice. And really, whether you agree with that or not, can you honestly say that all of this process was necessary? Was it prudent to spend 8 plus million dollars and force an election because you simply refuse to comply with basic safety standards? Standards that our pedicab drivers have been able to comply with? A company so innovative should be able to innovate a way to fingerprint their drivers.

Furthermore, this notion that the city “needs DWI money” is so absurd I debated addressing it. But since that seems to be the easy comment in this blame game, let me assure you the city does not “need DWI money” and in fact, fees from DWI’s go to the county, the state, and attorney fees. And at the end of the day (or night), it is all our own personal responsibility whether we decide to get behind a wheel if we are impaired.

Lastly, I certainly feel for the thousands of drivers and riders who were abandoned by Uber and Lyft simply because they could. They turned off their app I guess to teach Austin a lesson. How dare you not vote their way! Again, nothing prohibits them from operating in Austin today. I hope driver and riders also direct your concerns with the only 2 entities who really have the power to turn that app back on.

In the meantime, whether they decide to come back or not, the city is working to connect drivers and riders with other TNC’s who have not abandoned Austin. I hope we can all agree on one thing, there are many things that make Austin great, and not one thing can define who we are as a community. At the end of the day, I believe in Austinites to solve Austin problems and I know we can and will overcome adversity and continue to be one of the best cities to call home.”