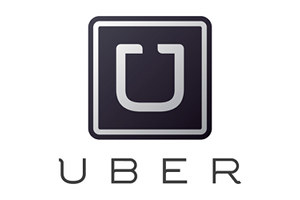 Uber, the popular ride-share startup, recently announced they will be halting service in Broward County starting on July 31st, 2015 due to new regulations put in place by the Broward County Commission. In the new regulation, Uber and other ride sharing companies would be regulated the same as taxi services and required to pay the same fees for permits and licensing. Uber, who considers themselves a technology company and not a taxi company, considers the regulation “hostile” and “onerous”.

“The Broward County Commission has created one of the most hostile regulatory frameworks in the nation, raising substantial barriers for local entrepreneurs trying to earn a living and making it impossible for Uber to continue providing the high standard of service and affordability the community has come to expect and demand.

Since Uber launched in August of last year, we have been welcomed by the community, providing thousands of local entrepreneurs with expanded economic opportunity and access to safe, reliable transportation options for tens of thousands of residents and tourists. These new, onerous regulations reverse all that progress.

Rather than provide substandard service, we have decided to suspend operations while we seek a path forward. As a result, you will no longer be able to request a ride in Broward County, starting on July 31.

We need your support to make sure County Commissioners work with us to bring Uber back to Broward County when they return from vacation.”

Although Uber is popular with users, they have had a long history of legal issues including currently being banned in Nevada, Thailand, Key West, and parts of India, Japan, Oregon and Massachusetts.

What are your thoughts on Uber shutting down service in Broward County? Share with us in the comments below.