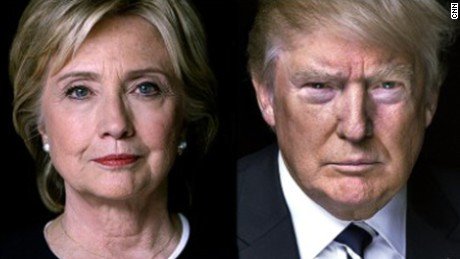 Actor, Farmer, Geologist, and Police Officer Were Paths to Presidency. No two Presidents took the exact same path to the White House. Some of those paths were a bit more unusual than others! Here’s some of the most unusual jobs held by former Presidents and how the current nominees compare.

If there was a written job description for President, it would be shorter than most entry-level positions.

Seeking President of the United States

We have a contract opening for President of the United States. This is a 4 year position that could extend an additional 4 years based on performance.

According to Kyle Kensing, Online Content Editor, Careercast, Republican Donald Trump is a very unusual case for a major-party nominee, compared to Hillary Clinton’s former career as a lawyer. “The position also has no requirement for past employment, as the 2016 election makes clear with Republican nominee Donald Trump the first major-party candidate to gain notoriety through reality television.”

Past President’s that come from a former law career include John Adams, Thomas Jefferson and the current President, Barack Obama.

Clinton’s role as Secretary of State is also a common transition to the White House. James Madison, James Monroe, and John Quincy Adams were former Presidents that made that move.

Another great way to join rank of US Presidents? Military Service was in the background of the first President, George Washington, and including such noteworthy names as Theodore Roosevelt, Ulysses S. Grant and Dwight Eisenhower.

Every path to the White House is a bit unique, coming from a variety of careers and industries. Here is a list of interesting past careers of some former Presidents:

At PROTECH, we’re focused on all things related to jobs. Have any comments or thoughts for future articles? Share in the comments below!

-Elizabeth Becker, Client Partner and Marketing Manager at IT Staffing Firm PROTECH. Looking for an engaging job or new technical hire? You can reach me at 561–953–8800 ext 227 or elizabethb@protechfl.com.